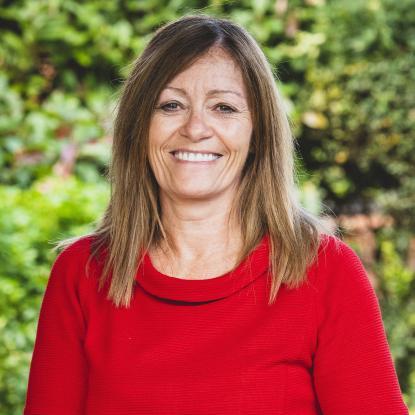 Jan Goode, who recently retired as our Executive director of Neighbourhoods, has been presented with the prestigious Lifetime Achievement in Housing award at a ceremony in Manchester.

The announcement came at the culmination of the Housing Heroes Awards which were the centrepiece of Housing 2021, a national conference attended by thousands of delegates across the sector.

Joining our Group as customer services manager in 2005, Jan was promoted to assistant director in 2008 and became part of our executive team three years later.

Housing Heroes judges praised her unshakeable focus on customer service, boundless energy and passion for social housing which made her a formidable advocate for vulnerable people in Staffordshire and Shropshire.

As the first member of the executive team to have risen through the ranks, Jan developed a new generation of housing professionals. Championing talent and commitment, she was determined that our Group would ‘grow its own’ leaders. Nine current directors and heads of service at Housing Plus Group have been mentored and inspired by Jan, with still more now in senior roles in other housing associations.

Strongly connected to customers, she supported vocational learning projects in areas of particular need, working with the Prince’s Trust and local colleges to reach those furthest from employment.

Jan also had a central role in the delivery of two successful mergers,  increasing the number of affordable homes managed by the Group from 6,000 to 18,000 homes and securing employment for almost 1,000 people.

In the executive team, she ensured that customers were central to every decision. That resulted in new channels for customer involvement and a focus on what became known as the ‘plus’ services helping local people to improve their life opportunities, escape poverty and avoid homelessness.

“I believe that the most important thing to any of us is a secure, affordable home. It has been a privilege to have spent so much of my career in an environment where we can make that possible for people and families,” she said.

“The Lifetime Achievement Award is a huge honour and very well deserved. Jan has been completely dedicated to making a positive difference and has done so much for homes, lives and communities in Staffordshire and Shropshire. Although I know that she is already enjoying a retirement filled with adventures, she is very much missed by all of us in the Housing Plus Group family and it was a pleasure to see her contribution recognised on the national stage.”