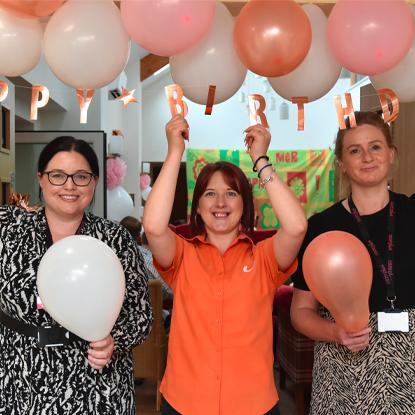 Celebrations have been taking place at Corsers Court, our Retirement Living Plus community in Perton, which is marking its 30th birthday this year.

The apartments and bungalows opened in 1992 and the thriving neighbourhood soon became very popular, helped by its great location close to all the village facilities.

Residents and staff had an opportunity to reminisce about some of the people, events and memories which have helped to make Corsers Court such a special place to live, at a fun-packed birthday party in the summer sunshine.

As well as music, entertainment and of course a splendid birthday cake, partygoers found pictures of themselves as they looked in 1992 and took a nostalgic look back at the last three decades.

Corsers Court opened 30 years ago. In the same year…